Crowdfunding has become an incredibly popular method of fundraising for small businesses. A business is able to raise money for the development of a specific product or service by advertising and soliciting donations from the general public. Crowdfunding is useful when a business wouldn't be able to find approval from a traditional source or the needed capital is too small to justify the complexity and overhead of a bank transaction, common scenarios for entrepreneurs and other similar startup ventures. In essence, the business is 'pre-selling' its offering before it actually exists, and consumers are making a good-faith donation in the hope that the idea will become a reality.

Future perks and incentives for contributors, such as early access to the product, an enhanced customer experience, or simply excitement toward the idea, are often used as motivation for larger donation amounts. These incentives aren't required, as some donations are made without any reward, simply to support the business itself. A business controls how much or how little it offers when encouraging individuals to contribute. 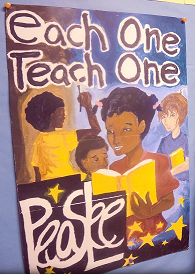 Peaslee Neighborhood Center, a downtown Cincinnati community organization, is one of many nonprofit organizations that have followed suit and embraced the crowdfunding model. Nonprofit Crowdfunding differs from general fundraising since the crowdfunding targets a specific need within the organization. Websites such as Indiegogo and Razoo provide crowdfunding services tailored to the needs of nonprofits and their supporters. For nonprofits, crowdfunding mimics a big-money sponsor that would contribute funds for a specific purpose, allowing many investors to make smaller contributions to reach the same monetary goal. Peaslee is using crowdfunding to support its summer youth program. The crowdfunding offers donors the incentive of supporting a worthy and just cause.

In Peaslee's crowdfunding promotional video, Jennifer Arens clearly explains the needs and goals of the summer youth program, giving potential donors a clear picture of the impact their donation would make. Arens speaks directly to viewers (a.k.a. potential donors), an effective use of the medium, and uses strong messages to convey the importance of the crowdfunding effort. Overall, the video and supporting information on the Peaslee website are incredibly powerful and moving, motivating donors to support their initiative. This positive and well-done use of crowdfunding is a great example of its vast potential.

A software developer, even operating simply as an individual, could easily follow the crowdfunding model as well when considering and planning a new software program. If the developer has a great idea for a program, crowdfunding could be used to pay for the time needed to write the software code. The developer could offer free usage of the program or extra functionality in exchange for meeting a minimum donation level. Public awareness of the upcoming software might encourage the developer to work harder and could be a source of recommendations for improvements to the software.

The social aspects of crowdfunding and the network it generates, commonly facilitated for a small fee by a website such as Kickstarter, make crowdfunding unique. Potential investors must have positive and trustworthy feelings toward the business or organization and the story of its future plans, and must like the idea enough to support it. As the positive feelings strengthen and grow, fueled by excitement and proper marketing, the social network grows.

A business has no legal obligation to fulfill its crowdfunding promise. There is no guarantee that the proposed product or service will actually become a reality, so contributors are often trusting in the business and its idea based solely on video testimonials and related marketing materials. If it doesn't follow through with the idea, no money is refunded, although it would probably inhibit any future crowdfunding opportunity.

Crowdfunding a business venture is not investing or partnership; the fundraiser retains 100% ownership and control of its company and product. Equity Crowdfunding, a different concept being considered for approval by various governmental agencies, follows a different model. Equity Crowdfunding would mean selling actual shares in a company to the general public, similar to the stock market. The JOBS (Jumpstart Our Business Startups) Act, a federal law enacted in 2012 with provisions coming into effect through 2015, is movement toward that practice.

Crowdfunding could have negative connotations for an organization. More-substantial investors may fear that crowdfunding is being used by companies that have already been rejected by traditional routes such as bank loans or venture capitalists. Crowdfunding initiatives that aren't fully funded may have poor public perception even before maturing beyond the idea and planning phase.

Small-Business Crowdfunding is a great example of a current product development technique. Nonprofit Crowdfunding and Software Crowdfunding show the potential that this concept has to change and improve even more areas of modern life.